This West Chester, PA customer came to us in a common situation. Her house was on the market, and she had discovered that she had water damage beneath several of the stucco surfaces on her exterior. She was worried about both the time her home would need to be taken off the market, and also the large and unexpected cost such a repair would bring.

This particular homeowner did her homework, though, and was one of the most thorough individuals we’ve encountered when she was looking for the right contractor. Listen to her tell the story of her experience hiring and going through the project with Stucco Today:

“So one of my neighbors put their house on the market, and they had a buyer. And the buyer did a moisture test on the house, and the moisture test came back that there was some moisture issues within his house. So he lost his buyer and he had to repair his home. My house was on the market at the same time, so I decided to be proactive and have my house tested, and take care of whatever needed to be taken care of before I had a buyer present.

“I interviewed 15 different remediation companies… yeah. Over the phone, in person, I had them come out and walk the property with me. And in the process I actually became very well educated on the whole moisture infiltration issue that is occurring in southeastern Pennsylvania. And I got to understand what was really needed to fix the problem, and what really wasn’t necessary. So I was able to eliminate people, who wanted to overcharge me and do more than was really necessary, and also people who really had no idea what they were doing. I would ask them questions, and I felt like I knew more about the process than they did. The top end and the bottom end were both easily eliminated, and I narrowed my focus.

“The reason I picked Chris (from Stucco Today) out of all the other people, was that he was very very good at communication. He came out right away, he walked the property with me, I knew that he knew what he was doing. I could tell by the language he used and the explanations he gave that he was an expert in this field. He is very down to earth and easy to work with. There are no pretenses with him — he tells it like it is, which is very refreshing. So I didn’t feel like he was trying to con me.

“Stucco Remediation is very time sensitive. You need to get it done. My house was on the market, so every day it’s off the market is a day I could be losing a buyer. So getting it done quickly and back on the market was important to me. Stucco Today did this, and they had a really, really great crew out here.

“They cleaned up at the end of each day, which I wouldn’t have expected given the nature of the work. It’s messy, and they have so much equipment, so it’s difficult to do. And they were always polite and willing to answer any questions. So if I had a question about what they were doing at that moment, someone would run over and explain it to me.

“They finished the project on time, so again I couldn’t have asked for more than that. And the project was done as well as I could possibly expect, if not better. People drive by and don’t even know that work was done on that whole side, so that’s what I was looking for. I wanted my house to look perfect.”

“His quote was very accurate. He knows his stuff — he knows stucco remediation very well, so pretty much everything he told me was right on. You don’t know what you’re dealing with when you’re talking about something that’s going on behind the outside coating of your house. So everyone I spoke to was very clear to say to me, you know, when I take this off, I’m not sure what I’m going to find underneath. And I understand that’s the nature of the beast.

“But Chris was pretty confident going in. He’d be saying ‘I’m pretty sure of what I’m going to see here, and here,’ and I’m going to build the estimate around what I expect we’ll find. And once the work started to happen, it turned out he was right about what needed to be done, what didn’t need to be done. It was impressive, given the nature of stucco remediation, where you can’t really see before you go in.

“He responds to emails, texts, phone calls quickly. Which is great, because this is scary. I honestly have to say that going into this process is a horrifying experience, because a home is the biggest material investment you make in your life. And to find out that this huge investment you have is damaged in such an enormous way. So it’s very, very scary right from the beginning, because this huge investment of yours could be worth nothing. And so, I went into the process just hoping and praying that I would find someone I could count on and trust.

“Again, in the stucco remediation industry, there are a lot of people out there who are looking to scam people — who are looking to hurt you by taking advantage of what’s going on. And I felt from the very beginning that Chris was not one of those people. And I was right. From the very beginning, he was very trustworthy and very reliable, and he made the process as painless as it could possibly be.” – Lisa Ellet, Homeowner 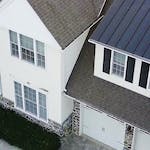 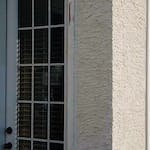 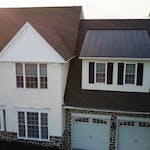 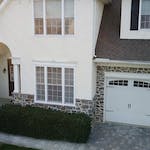 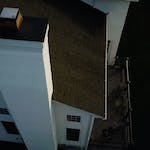 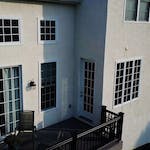 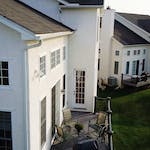 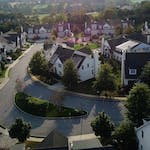